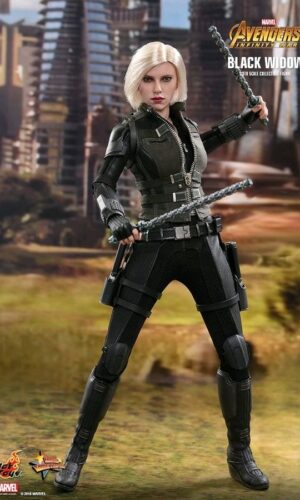 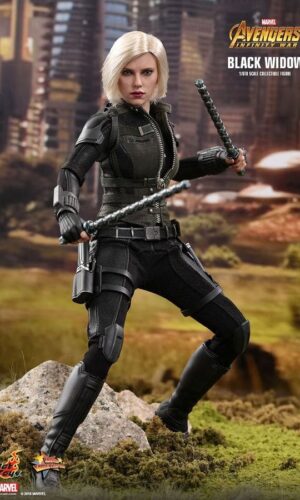 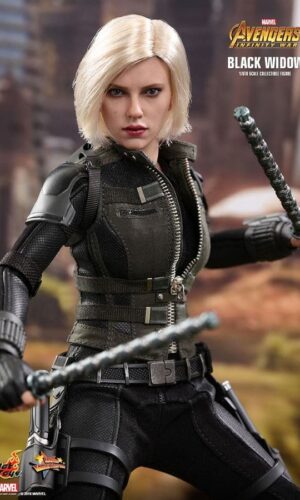 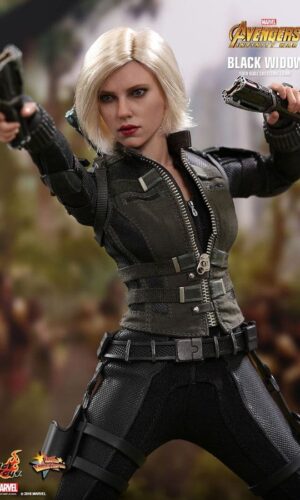 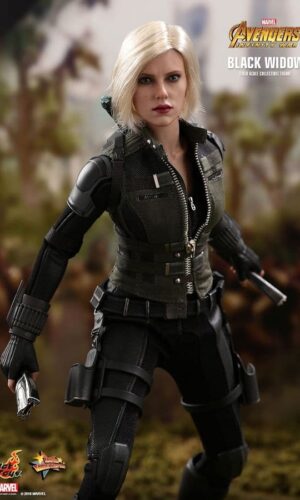 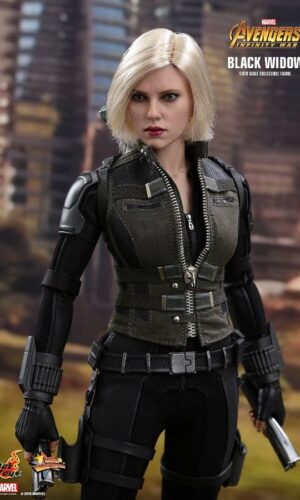 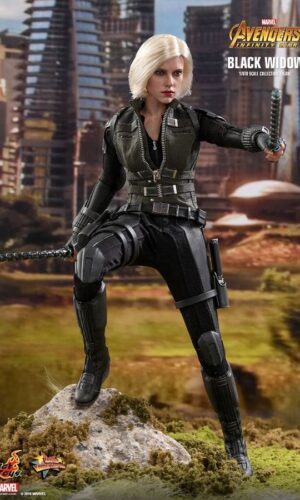 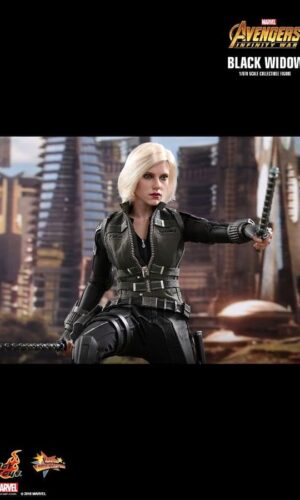 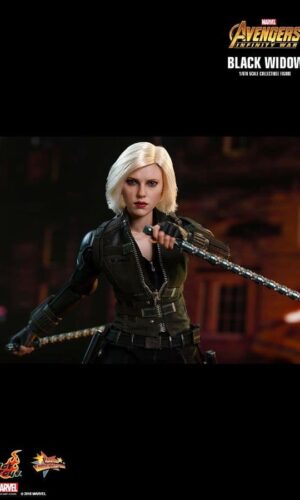 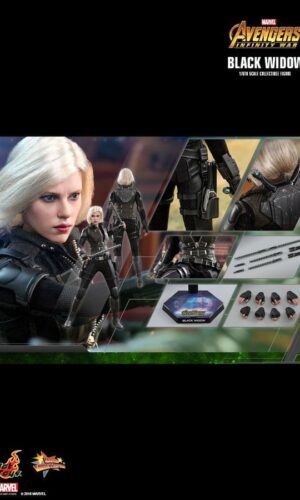 Everything the Avengers have fought for has led up to this moment – the fate of Earth and existence itself has never been more uncertain. Black widow, who is one of the deadliest spies in the world, will find herself once again assemble with the Avengers when the greatest cosmic threat ever known descends on Earth.To get fans ready for the highly anticipated Marvel Studios Avengers: Infinity War, Hot Toys is excited to officially introduce today the new 1/6th scale collectible figure Black Widow!

– Body with over 28 points of articulations

– One (1) pair of hands for holding disk shooters

– One (1) pair of hands for holding batons

– One (1) black-colored belt with disk shooter holsters on thighs

– One (1) pair of black-colored platform boots